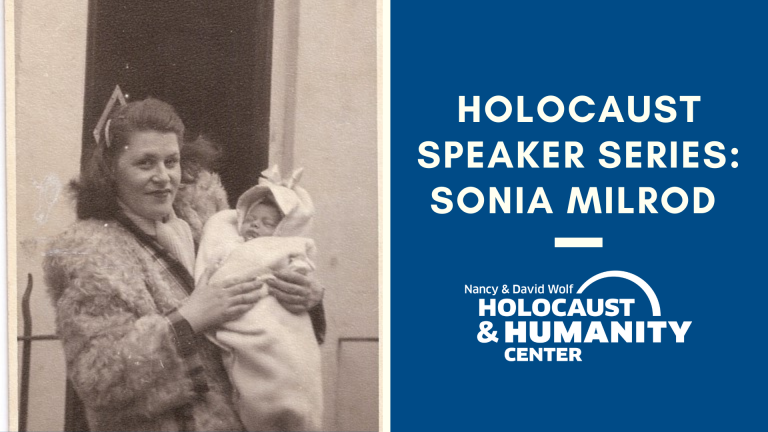 The Holocaust Speaker Series, held each Wednesday at 11:00 am, features Holocaust survivors and descendants of survivors sharing stories of life before, during, and after the Holocaust. Join us on Wednesday, August 11 at 11:00 am via Zoom to hear Sonia Milrod share her parents’ story.

20,000+ European Jews survived the Holocaust by escaping to Shanghai, China. Sonia Milrod’s parents were among them. Her father, Jerry Milrod, fled Lodz, Poland, when the German’s invaded and made it to Vilno, Lithuania. From there, he, his brother, and several friends were among over a thousand who made to it Kobe, Japan, based on a transit visa signed by Chiune Sugihara, and then to Shanghai.