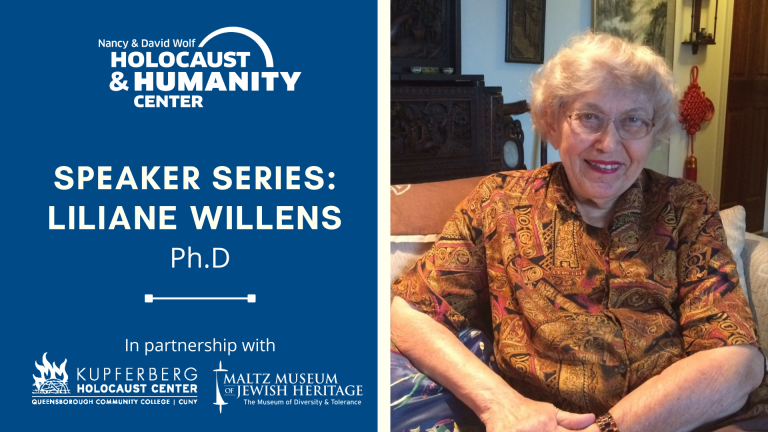 The Holocaust Speaker Series, held each Wednesday at 11:00 am, features Holocaust survivors and descendants of survivors sharing stories of life before, during, and after the Holocaust. Join us on Wednesday, August 18 at 11:00 am via Zoom with Liliane Willens.

Liliane and her family -- all stateless -- experienced World War II under the Japanese military occupation, later the Chinese civil war between the Nationalist government and the communists, the arrival of the victorious People's Liberation Army, and the subsequent establishment of the People's Republic of China (PRC).  Since retirement, Liliane has given lectures on history and culture on cruise ships sailing around the world. Presently she speaks at various organizations and book clubs on old and new Shanghai and her book Stateless in Shanghai.