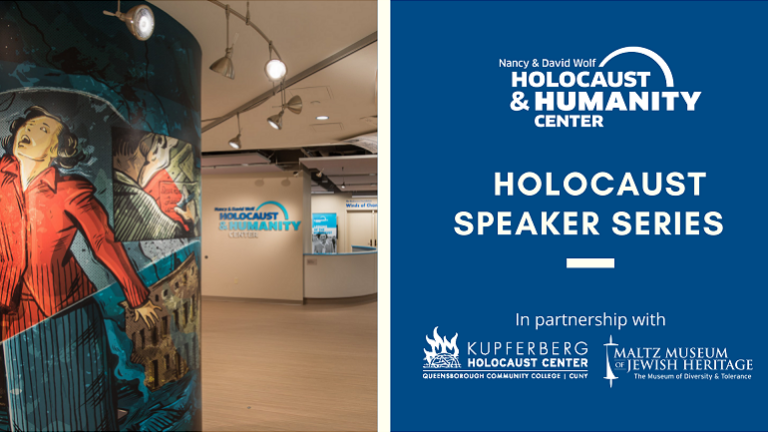 The Holocaust Speaker Series, held each Wednesday at 11:00 am, features Holocaust survivors and descendants of survivors sharing stories of life before, during, and after the Holocaust. Join us on Wednesday, January 26 at 11:00 am via Zoom with Eva Schloss.

Born Eva Geiringer in Vienna, Austria, Eva and her family fled to the Netherlands after Germany annexed Austria in 1938. They were neighbors of Anne Frank’s family during their time in Amsterdam. After the Nazis occupied the Netherlands, Eva and her family went into hiding. The family was later betrayed and sent to Westerbork Concentration Camp and then to Auschwitz II-Birkenau.

After the war, Eva and her mother moved back to Amsterdam and reconnected with Otto Frank, whom her mother married — making Eva Anne Frank’s posthumous stepsister.