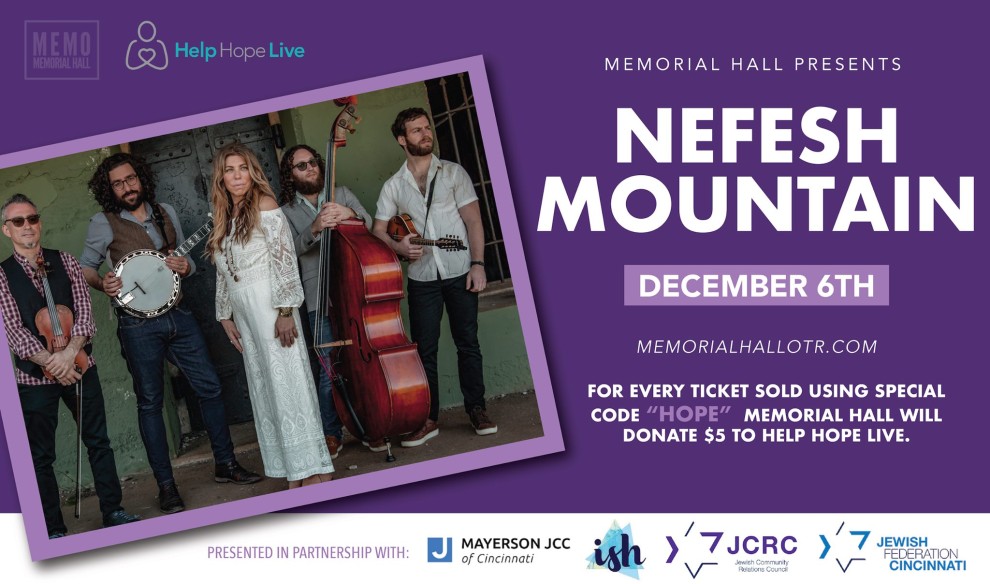 Join us for a musical night with Nefesh Mountain at Memorial Hall! This bluegrass and old-time band features a Jewish twist. They will be performing tracks from their third album, Songs for the Sparrows.

When you use the promo code "HOPE" a portion of your ticket purchase goes to help Cincinnati native Ethan Kadish through Help Hope Live. On June 29, 2013, at URJ-Goldman Union Camp Institute, a summer camp near Indianapolis, a sudden burst of lightning struck on the athletic field where Ethan was out enjoying some Ultimate Frisbee with other campers. Everything changed for Ethan in that one moment. He was taken in critical condition to the local Children’s Hospital, where the doctors and nurses worked around the clock to stabilize him and assess his injuries. Ethan suffered a severe brain injury as a result of his injuries.

Sponsor: In partnership with the Mayerson JCC, ish, Jewish Community Relations Council, and the Jewish Federation of Cincinnati