What does the Iran nuclear deal mean for the US, Israel and the world?

Come hear the UC experts as they help you sort out the facts to make an informed decision. 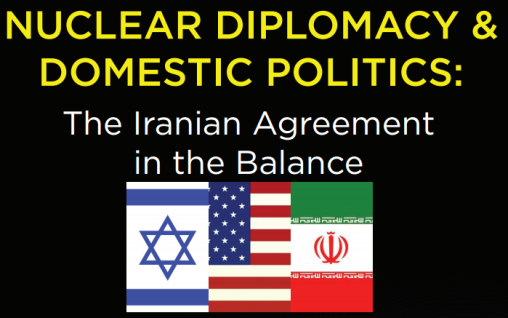 Dr Robert Satloff spoke at the Mayerson JCC, August 25 on implications of the Iran deal.

Fractured American Jewish Community First Victim on Iran Deal
10 Reasons to Worry about the Iran Deal
Potential Regional Implications of the Iran Deal
The Iran Deal and the Rut of History
Is support for the Iran deal dropping? It appears so.
Who Got What They Wanted in the Iran Nuclear Deal
Jews stood up to the U.S. government 40 years ago, and should again on Iran
Schumer still mum, but White House gets key Iran deal backer
Understanding the poll of US Jews on the Iran deal
Arab states fear nuclear deal will give Iran a bigger regional role
John Kerry: If Iran Deal Crumbles, Blame Israel
Iran’s Ayatollah Ali Khamenei Says Nuclear Deal Won’t Change U.S. Ties
Poll: Israelis overwhelmingly certain Iran still wants nukes
Is There a Viable Alternative to the Iran Deal?
AIPAC Statement on Proposed Iran Nuclear Agreement

ISRAELI LEADERS ON THE IRAN AGREEMENT 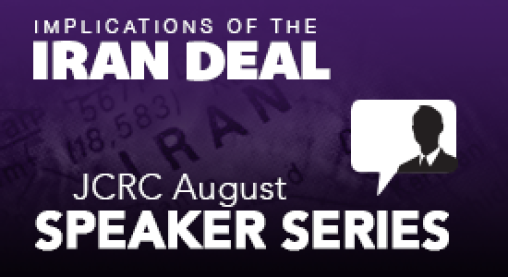 [August 14, 2015] David Tessler, Senior Advisor to the Under Secretary for Terrorism and Financial Intelligence, US Department of Treasury