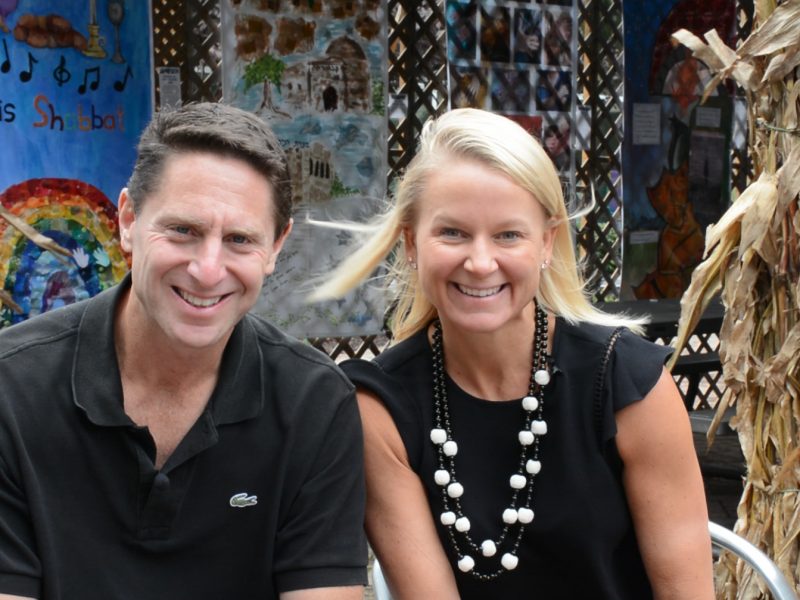 Every gift matters, and every gift will be used wisely, say Chrissie and Josh Blatt, the Jewish Federation of Cincinnati’s 2019 Annual Campaign Chairs.

In their first interview as the Jewish Federation’s 2019 Annual Campaign chairs, Chrissie and Josh Blatt share some of who they are and why they volunteer. I met with them after they attended a Federation site visit to Camp Chabad, on the campus of the University of Cincinnati. The Blatts have three children, live in Indian Hill, and attend Adath Israel Congregation. —Danielle V. Minson, Chief Development Officer and Managing Director, Jewish Federation of Cincinnati

Danielle:  Why do you care about Jewish Cincinnati?

Josh:    I’ve been involved with Jewish Cincinnati my entire life. Growing up, my dad was president of the Federation. My mom was very involved with the Soviet Jewry movement. We actually went to Russia when we were kids to visit with refuseniks at night. We kind of snuck around—at the time it seemed crazy—my parents teaching us to lie. When I graduated college I got involved with the Federation. I’m not sure why—my parents did, and I thought it was something I was supposed to do. Since that time I’ve had all sorts of different leadership roles, including on Federation and other boards.

Chrissie:   The most interesting thing about Jewish Cincinnati from my perspective is marrying someone Jewish when you’re not. My first in-depth experience with Jewish Cincinnati happened when the kids started at Rockwern [Academy], and I joined the PTO [Parent-Teacher Association], and that kind of dragged me in [laughs].

Josh:    It’s amazing—Chrissie’s involvement in Jewish Cincinnati really stems from one person. At Rockwern, she was welcomed in by—

Josh:    —welcomed her in and took her under her wing and all of a sudden, Chrissie’s leading the organization and she’s planning all sorts of different events at the school and—

Josh:    —and she wasn’t Jewish but knew more about Judaism than most people did. Amazing. And Ellen was responsible for that. Chrissie:   One person really can change your trajectory. When one person welcomes you, you want to be involved. It’s a reminder: when someone’s new, reach your hand out. After that I started to do work with the Federation, from Lion of Judah all the way now to Campaign chairs. And Adath Israel, of course, and three trips to Israel.

Danielle:   What’s special about Jewish Cincinnati to you?

Chrissie:   I think of Cincinnati as small but mighty. I feel like I know everybody. And I know that we’re a collaborative city and that’s super important, especially if we all want things to build and grow and be great for future generations.

Danielle:   What about the campaign is most important to you personally?

Josh:    For us, part of our job as parents is demonstrating our values to our kids, and by us doing this together we’re able to show them it’s important to be involved in your community. You have got to lead by example. That’s the most important for us.

Danielle:   Why did you make the commitment to chair?

Josh:    We’ve been so involved for such a long time. And here’s my why: I was telling the story I routinely tell, of why my dad gave—but I’d never actually asked him, I’d just told the story of why I thought he gave. So that day I came home and I said, “Dad, why’d you give?” And he said, “You know, when I was a kid, my dad always gave.” This is so powerful to me, because it shows that our generation, too, has to lead by example. Because people do what they see.

Danielle:   Why is the campaign important?

Chrissie:   Well every dollar matters. We need you. We need everybody. That is how our community gets the most strong, when we’re all doing something together. And through the Federation’s funding and programming, it really truly helps everybody.

Danielle:   Why is the Federation trusted in our community?

Josh:    The Federation is known for its high impact giving, has always done a great job at being wise with its resources. They’ve always taken great care in allocating to organizations that need it. Look, somebody can easily go and write a check to an organization, but Federation’s got the staffing and volunteers and resources to hold the organizations accountable. That’s really important. As an individual you don’t have the time or ability to do that.

Chrissie:   The other thing that’s great is that it’s a partnership with these organizations. There’s a lot of counseling and accountability and goal setting.

Danielle:   Let’s talk about your visit today. What are your thoughts?

Josh:    We saw the inclusion program at Camp Chabad at University of Cincinnati, and it was fascinating. We also support financial need at our three day camps—at JCC, Ashreinu, along with Camp Chabad. There were about 25 or 30 kids and they’re being connected to Judaism through the camp. Hopefully connecting with other Jewish kids will lead to a lifetime of friendships. Also, you had several kids here with special needs. Listening to how they involve those kids with the other kids; that’s a good education for our young kids.

Chrissie:   Also, these kids are able to utilize the University of Cincinnati’s spectacular recreation center, from swimming to climbing. They’re teaching them many different things—that’s a great way to spend your summer and hopefully something will spark a child’s interest and end up being something that they really can take up.

Danielle:   Thank you. Any last thoughts?

Josh:    The campaign is an opportunity for people to show their involvement. I think we’re all lucky to have the opportunity to get involved. 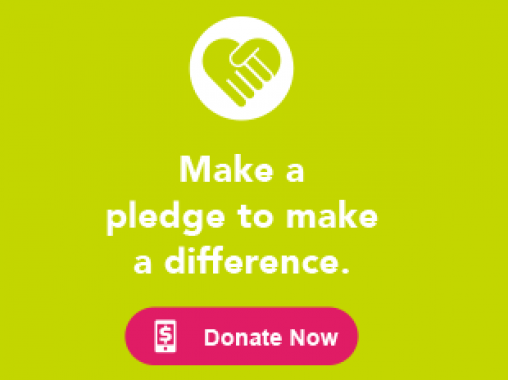 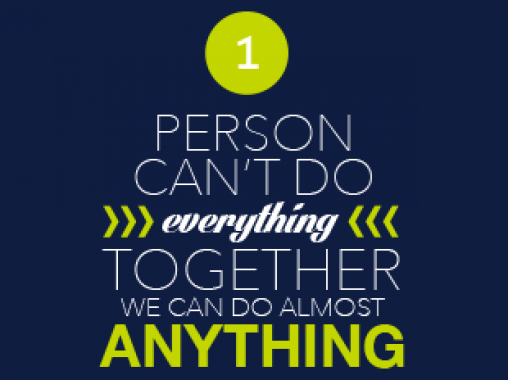 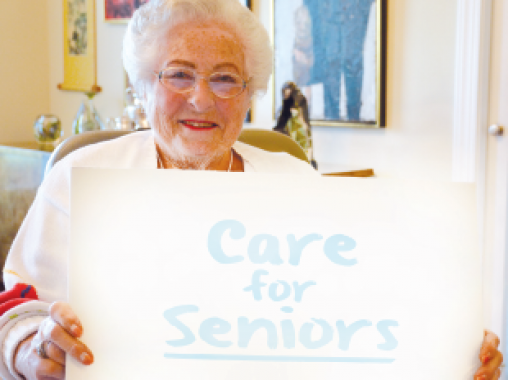 Why Do You Volunteer in the Jewish Community: Answer with a Gesture 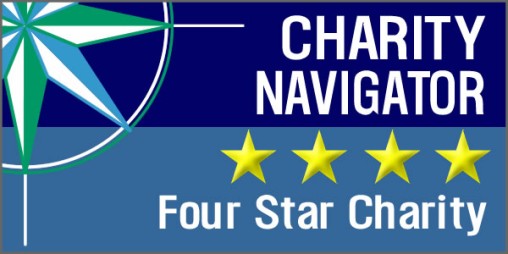 The Jewish Federation of Cincinnati has received a 4-star rating of "exceptional,"​ the highest possible, from Charity Navigator for the eighth year in a row. 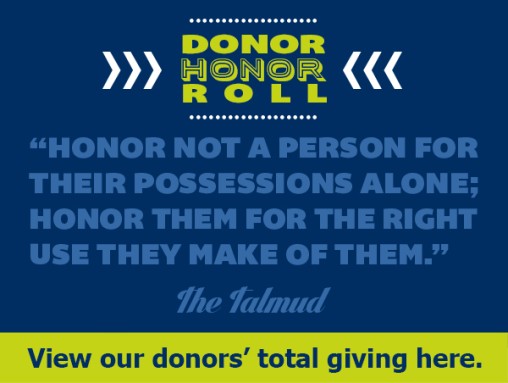 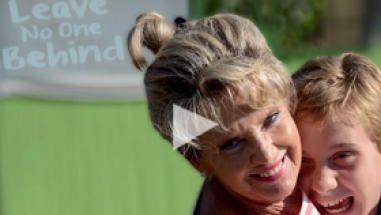 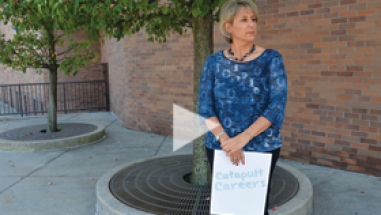 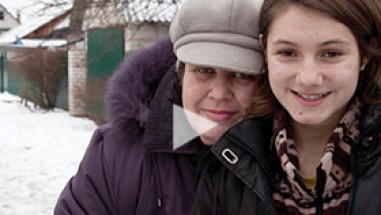 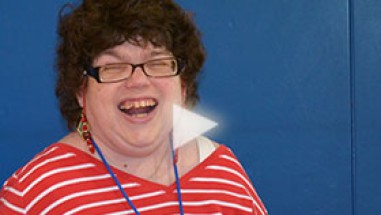