The Intersectionality of Hate & Antisemitism Past and Present

White nationalists protesting the removal of confederate statues chanted “Jews will not replace us” in the streets of Charlottesville, and a man who hated immigrants and pushed migrant caravan conspiracies stormed a Pittsburgh synagogue and murdered 11 Jews. That’s because antisemitism—hatred of Jews—is central to white nationalist ideology. And therefore, understanding antisemitism is key to opposing the white nationalist threat. As the director of the Western States Center, Eric Ward is a national expert on the relationship between hate violence and preserving democratic institutions, governance, and inclusive societies. He has extensively studied, researched, and written about the modern white nationalist movement. He’ll share his learnings about how antisemitism forms the theoretical core of white nationalism, driving much of the racism, anti-immigrant bias, and other forms of minority hate that make up white nationalist ideology.

Antisemitism Then and Now, in America and Beyond

Antisemitism, sometimes called “the oldest hatred,” is hostility or prejudice against Jewish people. The Nazi Holocaust is history’s most extreme example of antisemitism. However, antisemitism did not begin with Adolf Hitler; rather, antisemitic attitudes date back to ancient times, and hatred for Jews has manifested itself in different ways throughout history. We are living in a time when antisemitism is on the rise both here in America and abroad, where we see it in its classical mode and in more modern iterations, where we see it coming from the right and left, and where it is being legitimized once again in unexpected ways. Our panel of distinguished experts will examine the factors that motivate this resurgence, where the greatest dangers lie, what’s at stake for all minority communities, and what can be done to counteract this rising threat.

Experts have said the 2017 Unite the Right rally in Charlottesville, Virginia was a defining moment in terms of the way we look at the threat white nationalism poses to America’s minority communities. Hawes Spencer, Charlottesville-based journalist and author of Summer of Hate, will join in conversation with Cincinnati native Jeff Silverstein, who witnessed the rally in Charlottesville first hand alongside his sister—the associate rabbi at Charlottesville’s only Reform Jewish congregation. Eric Ward will lead the discussion as the two eyewitnesses reflect on what they saw, examine implications for minority communities, and consider how lessons learned can inform our future response to hate in America. 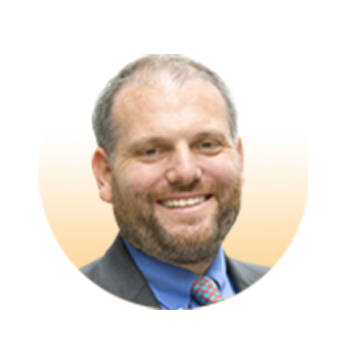 He is a key player in foreign policy circles on issues relating to the U.S.-Israel relationship and the Middle East. He is also a leader in the global fight to combat the assault on Israel’s legitimacy, creating and overseeing Federations’ Israel Action Network, and serving on the steering committees of the Prime Minister of Israel’s global task force and the Conference of Presidents of Major American Jewish Organization’s working group. 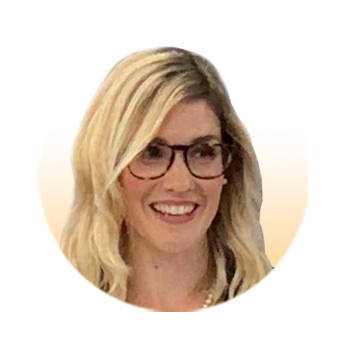 Holly Huffnagle serves as the Assistant Director of AJC Los Angeles, overseeing International Relations and the office’s projects and programs related to monitoring and combating antisemitism and other forms of intolerance and discrimination.

Previously, Holly Huffnagle served as the policy advisor to the Special Envoy to Monitor and Combat Antisemitism at the U.S. Department of State from 2015-2017. From 2010 to 2015, she was a researcher for the Mandel Center of Advanced Holocaust Studies at the U.S. Holocaust Memorial Museum in Washington DC. She received her Masters from Georgetown University in Global, International, and Comparative History focusing on 20th-century Polish history and Christian-Jewish-Muslim relations before, during, and after the Holocaust. Most recently, she was Scholar-in-Residence at Oxford University with the Institute for the Study of Global Antisemitism and Policy.

Holly has lived and worked in Poland to conduct research on ethnic minority relations before World War II, and was selected for the Auschwitz Jewish Center fellowship on pre-war Jewish life and the Holocaust in Poland and northern Slovakia. She has volunteered at the Auschwitz-Birkenau State Museum in Oświęcim, Poland, and served as a liaison for the Jan Karski U.S. Educational Foundation.

Holly was born and raised in southern California, and received her B.A. in History from Westmont College in Santa Barbara, CA. In fall 2017, she co-led Westmont College’s Europe Semester Program, teaching courses in Europe on the Holocaust and contemporary European challenges, including antisemitism and Jewish community security. 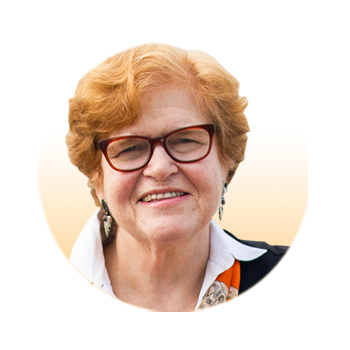 Deborah Lipstadt is an American historian, author of the books Denying the Holocaust (1993), History on Trial: My Day in Court with a Holocaust Denier (2005) and The Eichmann Trial (2011). Her book History on Trial features her groundbreaking work combatting Holocaust denial, including the landmark Irving V. Penguin Books case, in which Lipstadt was sued by Holocaust denier David Irving for libel. In 2016, her experience was re-told in a major motion picture called Denial.

She is currently the Dorot Professor of Modern Jewish History and Holocaust Studies at Emory University in Georgia, United States.

Lipstadt was a consultant to the United States Holocaust Memorial Museum. In 1994 she was appointed by Bill Clinton to the United States Holocaust Memorial Council, serving two terms. Lipstadt completed her Masters in 1972 and then her Ph.D. in Jewish History in 1976 at Brandeis University. Her latest book is Antisemitism: Here and Now, was published in February 2019. 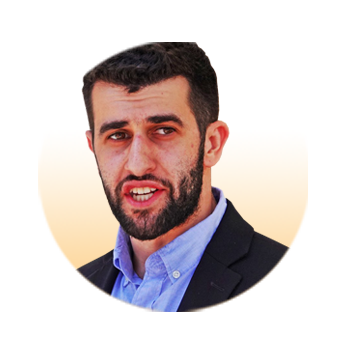 Jeffrey Silverstein is an advocate and activist from Cincinnati, Ohio. He has worked professionally in Holocaust remembrance and in Global Jewish Advocacy, co-founding Project6Million and serving as an educator and program manager in multiple Jewish organizations. After he witnessed the events of August 12th, 2017 in Charlottesville, Virginia first hand, Jeffrey has dedicated himself to sharing his story of encountering contemporary anti-Semitism in the public sphere. 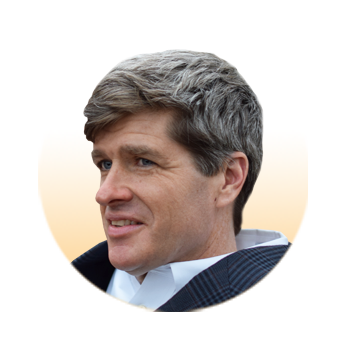 Author of "Summer of Hate"

Hawes Spencer is an author, instructor, speaker, and journalist based in Charlottesville, Virginia. He is the author of "Summer of Hate," the definitive account of the 2017 violence in Charlottesville. He has reported for such news outlets as the New York Times, the Washington Post, Time, National Public Radio, and the Daily Beast.

He earned a degree in economics and urban studies at Trinity University and went on to found and operate two newsweeklies in Charlottesville, Virginia. As the editor of the Hook, his staff earned over 150 awards from the Virginia Press Association during its nine-year run. Three times, his staff took home the Association's top honor, the Journalistic Integrity and Community Service Award, most recently for the newspaper's coverage of the June 2012 ouster and subsequent reinstatement of University of Virginia president Teresa Sullivan. He is a regular contributor to Richmond-based NPR affiliate WCVE and teaches journalism at James Madison University. 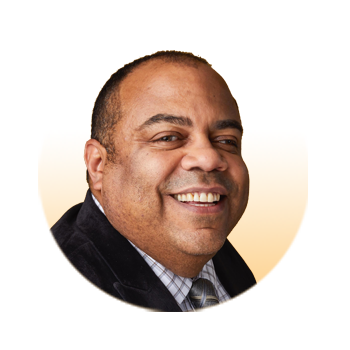 A national expert on the relationship between hate violence and preserving democratic institutions, governance, and inclusive societies, Eric brings nearly 30 years of expertise in community organizing and philanthropy to his role as Western States Center’s Executive Director.

Originally from Los Angeles, Eric began his civil rights work when the white nationalist movement was engaged in violent paramilitary activity that sought to undermine democratic governance in the Pacific Northwest. Eric founded and directed a community project to expose and counter hate groups and respond to bigoted violence with the Community Alliance of Lane County (1990–1994). With the Northwest Coalition Against Malicious Harassment (1994-2002) Eric worked with government leaders, civil rights campaigners, businesses leaders, and law enforcement officials to establish over 120 task forces in Colorado, Idaho, Montana, Oregon, Washington, and Wyoming. As one of a handful of prominent leaders of color working to counter this new manifestation of organized hate, Eric successfully encouraged some violent neo-Nazi leaders to renounce racism and violence. Joining the Center for New Community as National Field Director (2003-2011), Eric assisted immigrant rights advocates in addressing the growing influence of xenophobia on public policy.

As Program Executive for The Atlantic Philanthropies’ U.S. Reconciliation and Human Rights Programme (2011-2014), Eric led grantmaking in immigration and national security and rights. Eric’s grantmaking as a Ford Foundation Program Officer (2014-2017) supported efforts to combat inequality. Eric has consulted extensively with philanthropic institutions across the country including the Open Society Foundation, and co-founded Funders For Justice (a project of the Neighborhood Funders Group). Eric has volunteered with numerous philanthropic and community-based organizations and is currently on the boards of The Proteus Fund and Revolutions Per Minute (RPM), a nonprofit agency that provides artists with strategy and support for their activism and philanthropy.

A contributor to the Progressive Media Project from 2008-2014, Eric has been quoted and cited extensively by national media and is the editor of three published works: Conspiracies: Real Grievances, Paranoia and Mass Movements; Second Civil War: States’ Rights, Sovereignty; and Power of the County and American Armageddon: Religion, Revolution and the Right. 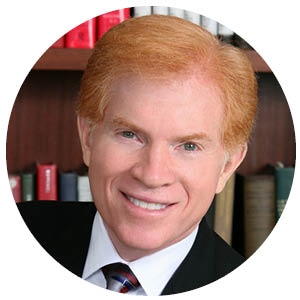 In April 2011, Dr. Zola was appointed by President Obama to the Commission for the Preservation of American Heritage Abroad. Dr. Zola is the first faculty member of Hebrew Union College to receive such an appointment by a U.S. president. In 2006, Dr. Zola became the first American Jewish historian and the first American rabbi to receive appointment to the Academic Advisory Council of the congressionally recognized Abraham Lincoln Bicentennial Commission.

Dr. Zola is the second director of the American Jewish Archives, having succeeded his teacher and mentor, Dr. Jacob Rader Marcus (1896-1995), a pioneering scholar in the field of American Jewish history and the institution's founder. Under Dr. Zola's leadership, the physical home of the American Jewish Archives (AJA) has tripled in size. The AJA's Malloy Education Building, dedicated in 2005, houses electronic classrooms, distance learning centers, and public exhibition galleries. In addition, Dr. Zola has initiated an impressive array of innovative historical programs and projects that have captured the attention of both the Jewish and general communities. The national commemoration of the 350th anniversary of Jewish life in America constitutes the most notable example of Dr. Zola's contribution to the field.

Dr. Zola and his wife Stefi have four children: Mandi, Jory, Jeremy, and Samantha. Dr. Zola was ordained rabbi in 1982 from Hebrew Union College and was awarded his Doctor of Philosophy in American Jewish History in 1991. He and his wife Stefi reside in Cincinnati, Ohio.