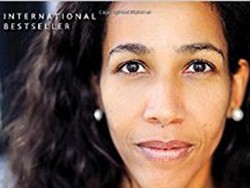 Jennifer Teege was in a library in Hamburg, Germany, one day in 2008 when she randomly pulled a book off a shelf. The book revealed that Teege, who is black, is the granddaughter of Amon Goeth, commandant of a concentration camp in German-occupied Poland during World War II. On Thursday, March 31, Teege will speak at the Mayerson JCC of Cincinnati about her internationally bestselling memoir My Grandfather Would Have Shot Me: A Black Woman Discovers Her Family's Nazi Past. More >