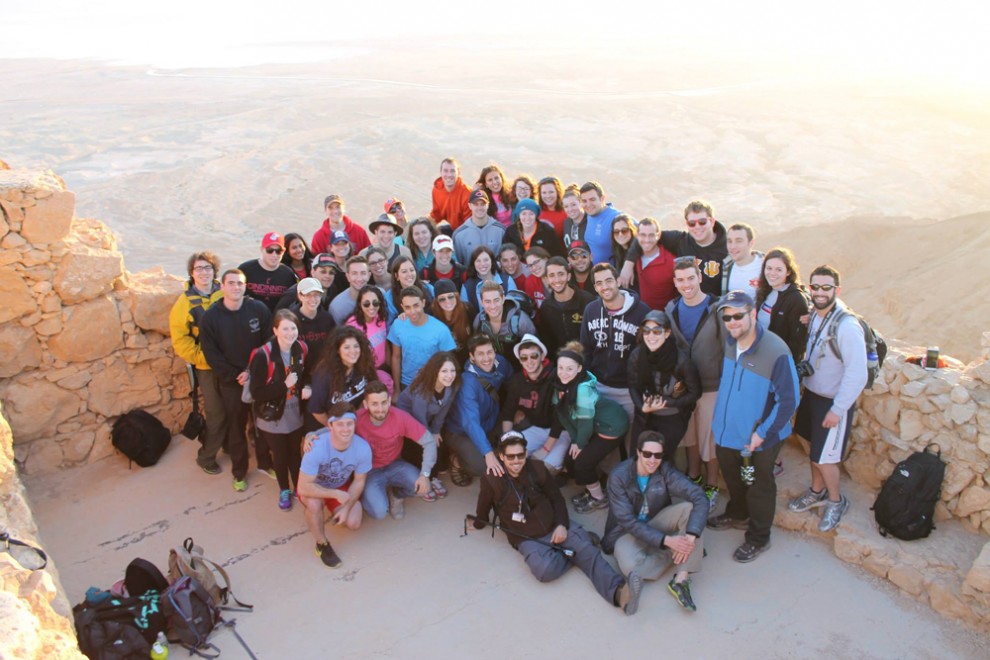 “The Jewish Foundation provided funding for Cincinnati’s Birthright Israel trip because we believed it would have long-term benefits for our Jewish community,” said Foundation President Beth Guttman. “We know from years of investing in these experiences that when young people spend time in Israel, they return with stronger Jewish identities as well as a deeper motivation to engage in Jewish life.”

Taglit-Birthright Israel funds free 10-day trips to Israel for diaspora Jews ages 18-26. The organization aims to “change the course of Jewish history and ensure the continuity of the Jewish people by strengthening Jewish identity, Jewish communities, and solidarity with Israel via an educational trip to Israel for Jewish young adults around the world.” To date, Taglit-Birthright Israel has brought over 400,000 Jews worldwide to Israel.

“Watching the participants have their own individual discoveries, or taglit, on the trip is why Birthright is such a powerful program,” said trip leader Sammy Kanter, who is the Becker Networking and Mentoring Coordinator at the Jewish Federation. “Birthright’s model of experiential education connects to Jewish young adults in a profound way that many Jewish organizations nationally aspire to model.”

While Birthright experiences are usually composed of participants from all over the country, a large majority on this trip live in or are originally from Greater Cincinnati. Led by Kanter and Ari Mann, Special Needs and Volunteer Coordinator at the Mayerson JCC, participants explored Cincinnati’s connections to Israel, and will have opportunities to maintain their newly built community when they return.

“When I moved back to Cincinnati a year and a half ago, I struggled to find a place in the Jewish community,” said participant Julia Stern. “But coming home from 10 days in Israel, I know that I will be coming home to a Jewish community I can call mine.”

On this Cincinnati-centric trip—referred to as #CincyBirthright—participants enjoyed some unique benefits that they would not have had on a typical Birthright experience.  Ten Israelis from Netanya, Cincinnati’s Israeli partner city, traveled with the group for most of the trip. The Cincinnatians ate dinner at the Israelis’ homes, went with them on a bike tour of Netanya, and celebrated with a dance party in the central square of Netanya. They also visited Hebrew Union College in Jerusalem.

“The fact that a community of young people with Cincinnati connections traveled together made this experience even richer,” Guttman concluded. “Our Trustees were particularly excited about the opportunity to partner with Taglit-Birthright Israel, which has an excellent track record of delivering world-class Israel experiences for this important age cohort.”

Jewish Federation CEO Shep Englander agreed. “Central to Cincinnati 2020 is attracting and retaining young adults who can be our future community volunteers and leaders. This requires enriching young adults’ Jewish pride and connectedness.” He continued, “There is no experience that builds Jewish pride and connectedness better than Birthright Israel, and this trip went a step further by bringing together young adults who plan to remain part of our community and giving them ‘people to people’ experiences. We see this as a model to learn from and replicate.”

The trip had a profound impact on many, including Cincinnati participant Jake Whitman. “I think what I appreciate most was the desire to show the wide range of ways in which Israelis identify as Jewish in today’s modern society,” said Whitman. “We saw everything from spiritual and Orthodox in Tsfat, to secular and Reform in Tel Aviv. We also had 10 Israelis traveling with us, each with his or her own personal beliefs and customs, which contributed to that conversation a great deal."

The trip participants left Israel excited for the next step, and Kanter and Mann have a plan in place to engage them moving forward, and help them build a stronger community of Jewish young adults in Cincinnati.

“As someone who does not live in Cincinnati, the incredible community that was fostered on this trip has made me envious of the community that already exists in Cincinnati and the new ideas and values this group will bring back,” said Sami Pavlofsky, who was born and raised in Dayton, Ohio, and currently lives in Washington, D.C. “I hope to bring these values to my home community. I am looking forward to what will come from the legacy created by this Cincinnati community Birthright group.”