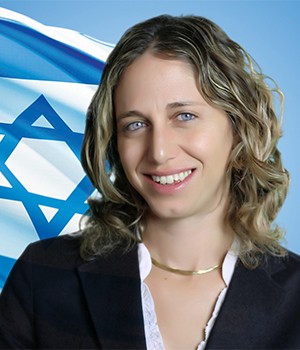 After a disturbing month full of terror attacks in Jerusalem, this Tuesday, five Israelis were murdered in a synagogue in the quiet neighborhood of Har-Nof.

Two cousins, Palestinians from the neighborhood of Jabal Mukaber in East Jerusalem, entered the synagogue at around 7 AM, during morning prayers, and murdered four Jews, and injured seven more. They used weapons and knifes, stabbing and shooting innocent worshipers.

A fifth person was killed in this massacre. An Israeli Druze policeman who was in the area heard the sounds from the synagogue, went in to fight against the terrorists, and was shot to death.

This massacre is another escalation in the situation in Jerusalem. The pictures of prayer books covered in blood, the hands of the dead still wearing their tefillin (small boxes containing portions of the Torah) and talit (prayer shawls), are a terrible sight for all Jews around the world. Pictures that take us back to terrible times in Jewish history.

The fact that CNN first portrayed this attack as "4 Israelis, 2 Palestinians killed in synagogue attack, Israeli police say" is troubling. Trying to portray this action as a two-sided story is an unfitting reaction to this events.

The celebrations in Jabal Mukaber were heard and noticed by Israelis living in nearby neighborhoods, creating a growing terror in Jerusalem, and a greater sense of fear.

I was born and raised in Jerusalem. This city, unfortunately, has known so many wars and violence. For the last six months Jerusalem and the people living in the city haven’t had time to rest. Terror attacks and killings are creating a feeling of unsafety to walk the streets, take the train, or even go to morning prayers.

I am hopeful that this reality will change, and peace and quiet will return to this amazing city that is holy to so many people and religions.