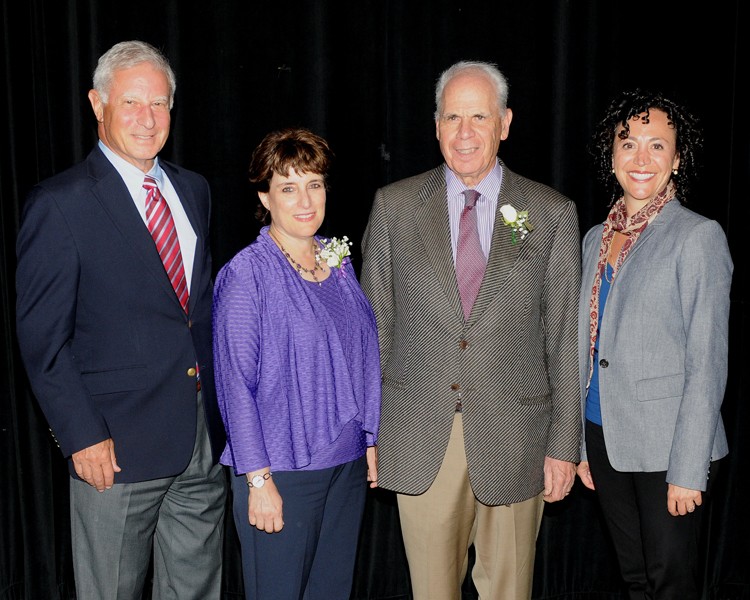 Here's some great Federation endowment news. John Isidor and Sandy Kaltman were among 27 philanthropists honored by the Greater Cincinnati Planned Giving Council on June 16 with Voices of Giving Awards. The awards were presented on behalf of a nonprofit organization that has benefited from their selfless generosity in contributing a bequest or planned gift.

The Amberley couple was nominated by the Jewish Federation of Cincinnati. Their enduring support of the Federation’s annual campaign has benefited over 40 local programs. Additionally, John and Sandy have provided invaluable leadership and support for the Center for Holocaust and Humanity Education, JVS Career Services, the Jewish Cemeteries of Greater Cincinnati, and many other organizations.

Several years ago, John and Sandy established The Roma and Sam Kaltman Holocaust Studies for Educators Endowment Fund. This endowment is in memory of Sandy's mother and father who were Holocaust survivors; and provides ongoing teacher education at the Center for Holocaust and Humanity Education. The couple has also made additional bequest commitments to ensure the long-term sustainability of the Jewish Federation and four other organizations in the local Jewish community.

John and Sandy believe so passionately in the importance of planned giving and permanent endowments that they have made a significant multi-year gift to the Jewish Federation to provide support and training for endowment fundraising, and they also plan to leave gifts to the Freestore Foodbank, the Ohio Innocence Project, and UC Athletics.

We are immensely grateful to them.