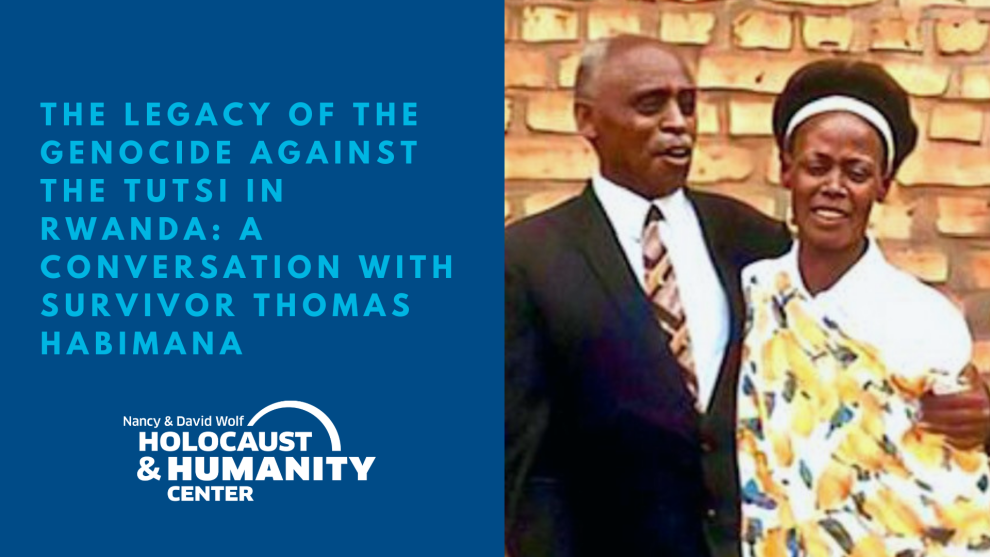 On the eve of Human Rights Day, HHC will discuss the legacy of the 1994 Genocide Against the Tutsi in Rwanda, with local survivor Thomas Habimana, via Zoom. Thomas’ mother, father members of the Tutsi tribe were killed by the genocidaires, members of their own church congregation during the genocide in 1994. The genocide took place during a 100-day period between April and July. Nearly one million ethnic Tutsi and moderate Hutu were killed as the international community and UN peacekeepers stood by.