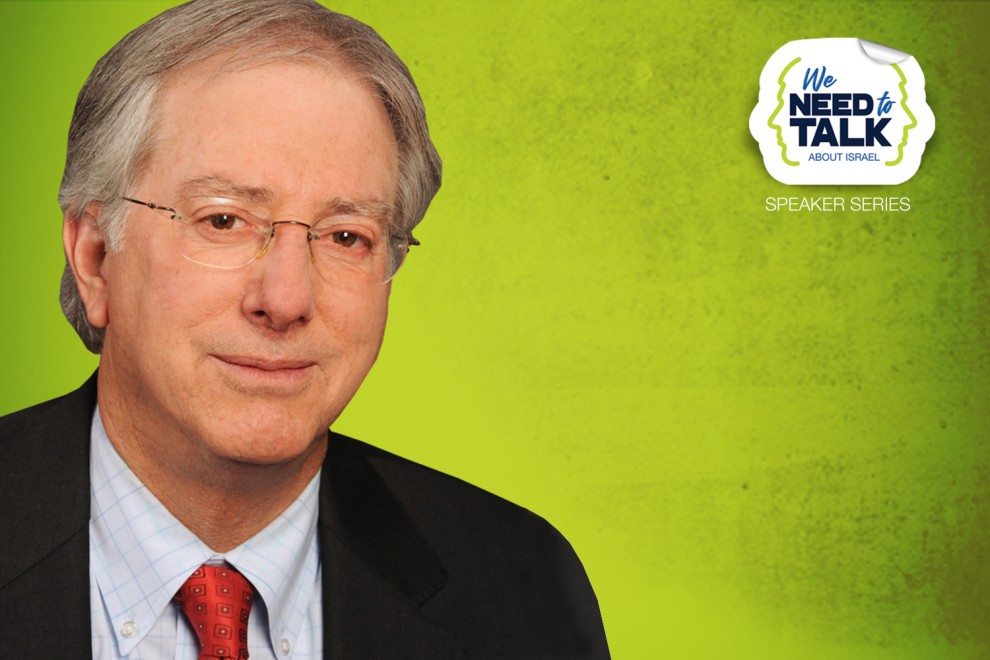 Join the Jewish Federation of Cincinnati and its Jewish Community Relations Council for a presentation and book signing with Ambassador Dennis Ross.

Ambassador Dennis Ross is counselor and William Davidson Distinguished Fellow at The Washington Institute for Near East Policy. Prior to returning to the Institute in 2011, he served two years as special assistant to President Obama and National Security Council senior director for the Central Region, and a year as special adviser to Secretary of State Hillary Rodham Clinton.

For more than twelve years, Ambassador Ross played a leading role in shaping U.S. involvement in the Middle East peace process and dealing directly with the parties in negotiations. A highly skilled diplomat, Ambassador Ross was U.S. point man on the peace process in both the George H. W. Bush and Bill Clinton administrations. He was instrumental in assisting Israelis and Palestinians to reach the 1995 Interim Agreement; he also successfully brokered the 1997 Hebron Accord, facilitated the 1994 Israel-Jordan peace treaty, and intensively worked to bring Israel and Syria together.

A scholar and diplomat with more than two decades of experience in Soviet and Middle East policy, Ambassador Ross worked closely with Secretaries of State James Baker, Warren Christopher, and Madeleine Albright. Prior to his service as special Middle East coordinator under President Clinton, Ambassador Ross served as director of the State Department's Policy Planning Staff in the first Bush administration. In that capacity, he played a prominent role in U.S. policy toward the former Soviet Union, the unification of Germany and its integration into NATO, arms control negotiations, and the 1991 Gulf War coalition.

During the Reagan administration, he served as director of Near East and South Asian affairs on the National Security Council staff and deputy director of the Pentagon's Office of Net Assessment. Ambassador Ross was awarded the Presidential Medal for Distinguished Federal Civilian Service by President Clinton, and Secretaries Baker and Albright presented him with the State Department's highest award.

A 1970 graduate of UCLA, Ambassador Ross wrote his doctoral dissertation on Soviet decisionmaking, and from 1984 to 1986 served as executive director of the Berkeley-Stanford program on Soviet International Behavior. He received UCLA's highest medal and has been named UCLA alumnus of the year. He has also received honorary doctorates from Brandeis, Amherst, Jewish Theological Seminary, and Syracuse University. Ambassador Ross was named a 2016-2017 senior fellow by Yale University's Jackson Institute for Global Affairs.