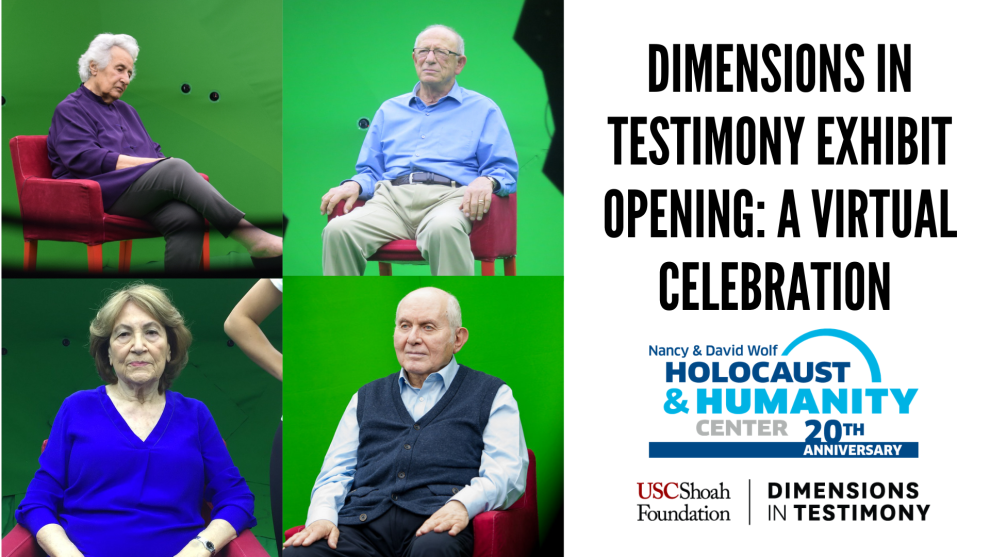 The Nancy & David Wolf Holocaust & Humanity Center is proud to announce the opening of a new, permanent exhibit at Union Terminal that utilizes artificial-intelligence technology to facilitate “virtual conversations” with Holocaust survivors. Join us for a digtial ribbon-cutting ceremony, which will include remarks from Sarah L. Weiss, chief executive officer of the Nancy & David Wolf Holocaust & Humanity Center, in addition to a conversation with Fritzie Fritzshall, a Holocaust survivor whose recorded testimony is included in the Dimensions in Testimony exhibit. There will also be a demonstration of the technology. While the exhibit is an in-person experience, we will host the celebratory gathering digitally to ensure social distancing. Using specialized recording and display technologies and next-generation natural language processing, Dimensions in Testimony allows visitors to ask two-dimensional displays of Holocaust survivors questions and receive responses in real time.

Register Here The exhibit opens to the public on February 5 at Union Terminal. Admission to the special exhibit is included as part of general admission to the Holocaust & Humanity Center's museum.