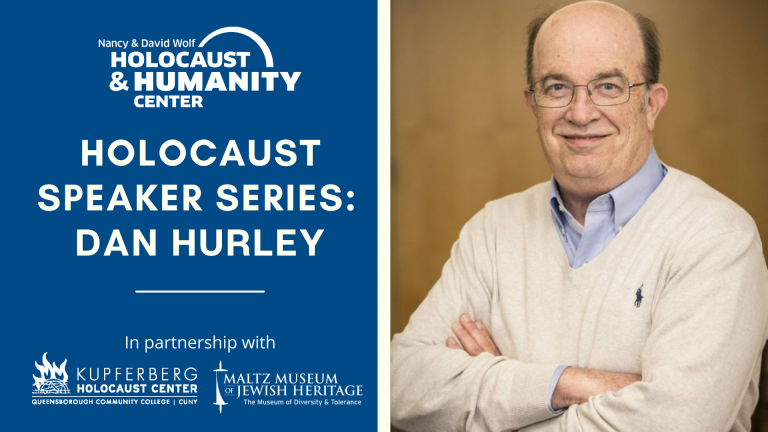 The Holocaust Speaker Series, held each Wednesday at 11:00 am, features Holocaust survivors and descendants of survivors sharing stories of life before, during, and after the Holocaust. Join us on Wednesday, December 15 at 11:00 am via Zoom with Dan Hurley.

Cincinnati’s beloved Dan Hurley shares stories about his father during World War II and his quest to uncover his father’s story, a white officer with an all-African American company that was led by a Jewish Captain in the heart of the home of the Nazi movement. Hurley is writing a book about the hundreds of letters his father sent to his mother during the war.

You have likely seen Dan Hurley in the community through his previous roles as a reporter and host on Local 12 WKRC-TV and WVXU-FM, as the Cincinnati Museum Center’s Assistant Vice President for History and Research, Interim President of the National Underground Railroad Freedom Center, Director of the Cincinnati USA Regional Chamber’s Leadership Cincinnati program, and as the founder of Applied History Associates. Hurley is also the author of Cincinnati: The Queen City. HHC is thrilled to welcome him to a Zoom conversation