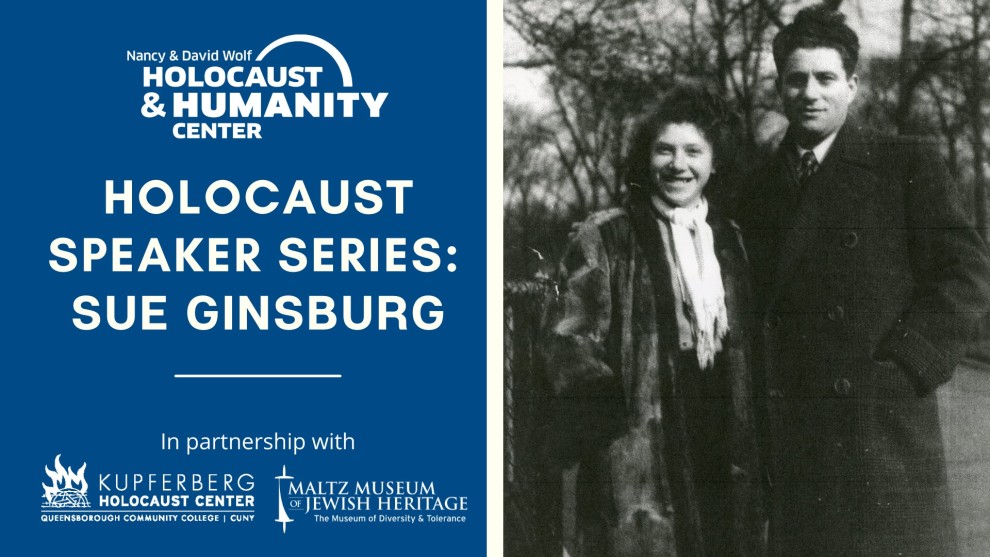 The Holocaust Speaker Series, held each Wednesday at 11:00 am, features Holocaust survivors and descendants of survivors sharing stories of life before, during, and after the Holocaust. Join us on Wednesday, May 18 at 11:00 am via Zoom with Sue Ginsburg.

Sue Ginsburg, the daughter of two Holocaust survivors, tells the story of her paternal cousin Lili Lebovitz. Lili was born on December 15, 1931 in Irshava, Czechoslovakia. Lili was the only child of her parents: Esther Yiti and Meyer Lebovitz. Most of the Jews of Irshava were peddlers, shopkeepers, and traders. But Lili was born into a very prosperous family. Her mother’s father owned the bank in town and her father’s father owned one of the town’s two sawmills. Her life was upended during World War II, and she was eventually sent to Auschwitz. Hear her story told by Sue.