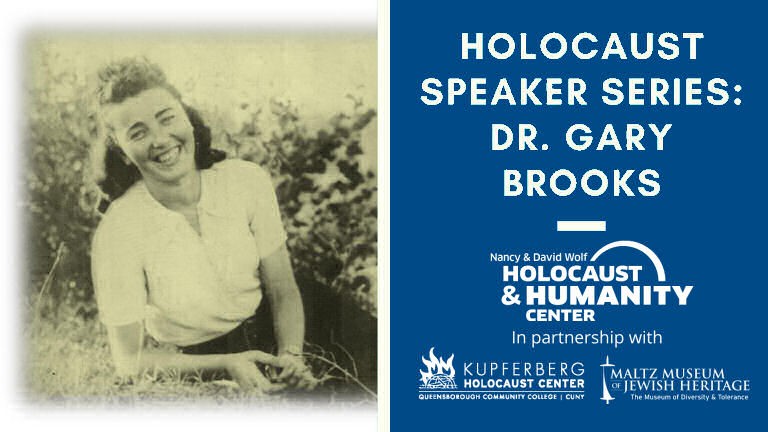 The Holocaust Speaker Series, held each Wednesday at 11:00 am, features Holocaust survivors and descendants of survivors sharing stories of life before, during, and after the Holocaust. Join us on Wednesday, November 24 at 11:00 am via Zoom with Gary Brooks.

Dr. Gary Brooks tells the story of his grandfather Ivan, grandmother Marija, aunt Dela, and mother Hildegard who were devout Catholics living in Belgrade in the former Yugoslavia (now Serbia). In October 1941, the family was sent to the Lodz Ghetto in Poland. From there, they were removed to a succession of forced labor camps throughout Poland and Germany. Of his four family members, only Ivan and Hildegard survived the war. Separated from the rest of her family after the Allied victory, Gary’s mother was sent to a displaced person’s camp in 1945. Hildegard located her father nearly ten years after the war ended, but they were never reunited. Hildegard met and married a Cincinnati airman and came to America through Union Terminal in 1948, where she was greeted by Gary’s paternal grandfather, a baggage clerk at Union Terminal. Dr. Brooks is a professional watercolor artist and retired educator, having been a teacher, principal, and superintendent for more than three decades.