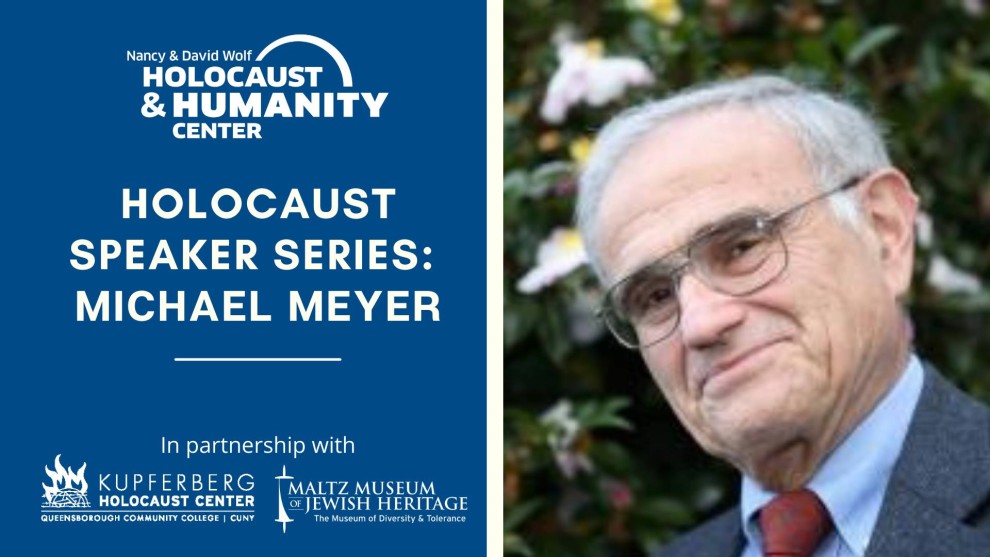 The Holocaust Speaker Series, held each Wednesday at 11:00 am, features Holocaust survivors and descendants of survivors sharing stories of life before, during, and after the Holocaust. Join us on Wednesday, October 20 at 11:00 am via Zoom with Michael A. Meyer, Ph.D.

Michael A. Meyer was born in Berlin, Germany and grew up in Los Angeles, where he received his B.A. (with highest honors) from UCLA. His doctorate is from Hebrew Union College in Cincinnati, Ohio.

Meyer is now the Adolph S. Ochs Professor of Jewish History Emeritus, Hebrew Union College-Jewish Institute of Religion, Cincinnati. Meyer is the author of more than 200 articles and reviews as well as numerous books, including Response to Modernity: A History of the Reform Movement in Judaism. Meyer’s new biography of Leo Baeck affirms Baeck’s place in history as a courageous community leader and as one of the most significant Jewish religious thinkers of the twentieth century, comparable to such better-known figures as Martin Buber, Franz Rosenzweig, and Abraham Joshua Heschel. Rabbi, educator, intellectual, and community leader, Leo Baeck (1873–1956) was one of the most important Jewish figures of prewar Germany. Meyer will discuss his new book with HUC Cincinnati Dean Jonathan Hecht and Sarah L. Weiss, the CEO of the Holocaust & Humanity Center.