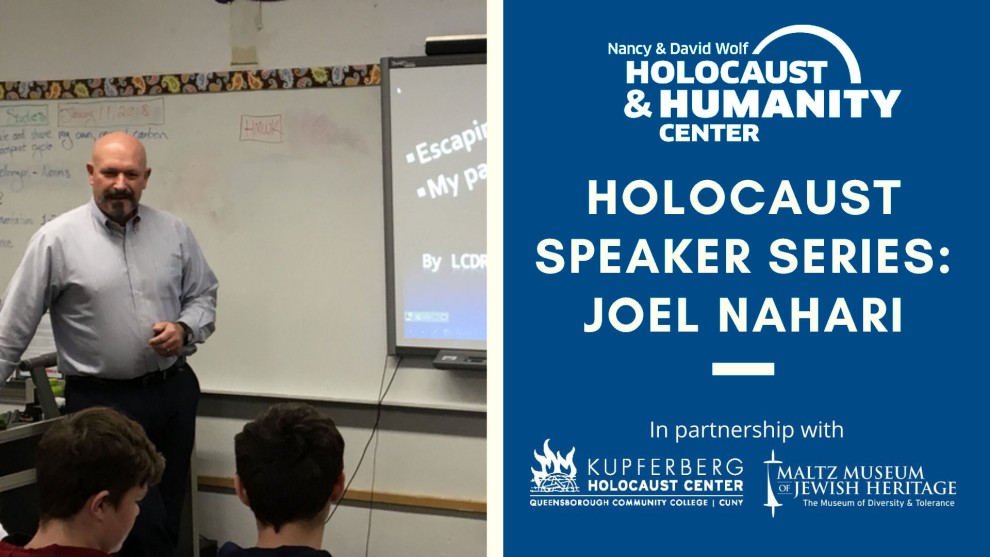 The Holocaust Speaker Series, held each Wednesday at 11:00 am, features Holocaust survivors and descendants of survivors sharing stories of life before, during, and after the Holocaust. Join us on Wednesday, October 27 at 11:00 am via Zoom for Joel Nahari.

Joel’s parents both escaped the Holocaust as children. His mother, Ruth Dresel was born in Germany in 1926, and experienced anti-Semitism before escaping to Israel with her family at age 9. Eight members of her family were murdered in the Holocaust, and the few known survivors escaped to Israel, China, England, Chile, and the United States.

Joel’s father, Uri Nahari, was born in Czechoslovakia in 1924 and he too witnessed and experienced the brutality of the Nazis before escaping alone to Palestine in 1939 at age 14 where he was reunited with his sister who had escaped earlier. The Nazis murdered his entire immediate family with the exception of his sister, an aunt and 2 cousins.

Both of Joel’s parents joined the Jewish underground Army who were fighting the British and the Arab nations, and helped Israel gain independence in 1948. Joel and his family immigrated to the United States in 1967 and settled in upstate New York