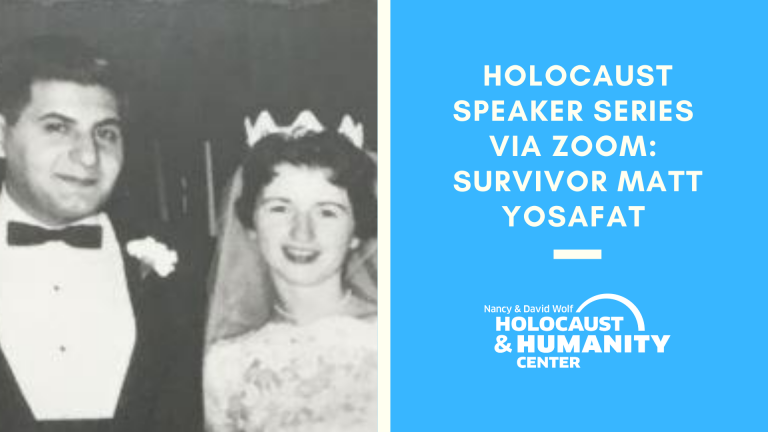 The Holocaust Speaker Series, held each Wednesday at 11:00 am, features Holocaust survivors and descendants of survivors sharing stories of life before, during, and after the Holocaust. Join us on Wednesday, September 22 at 11:00 am via Zoom with Matt Yosafat.

Matt Yosafat was born in Katerini, Greece, in 1936. In 1942, he went into hiding with the Nazi occupation of Greece. The Yosafats hid in places including a cave and tobacco shelter, rarely safe and often separated. Ultimately, the Yosafat family reunited in Katerini and were liberated, but the outbreak of a civil war led the family to emigrate to the United States in 1951. In 1955, Matt met his wife, Anneliese — who had arrived in the United States with her family shortly after the war — and they were soon married in 1959.