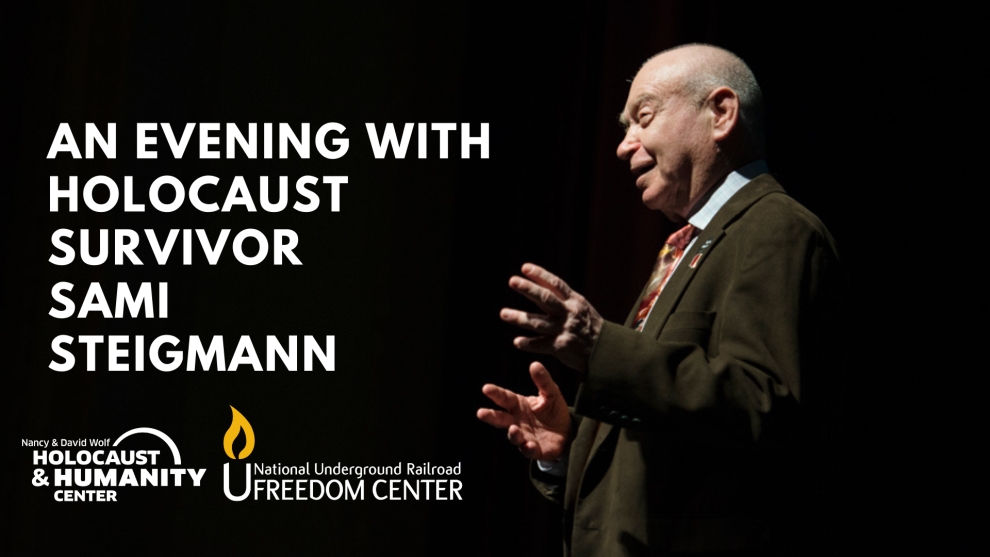 Join the Nancy & David Wolf Holocaust & Humanity Center and the National Underground Railroad Freedom Center for “An Evening with Holocaust Survivor Sami Steigmann” on Wednesday, May 11, at 7 p.m.

SAMI STEIGMANN is a Holocaust Survivor that refuses to let his experiences define him. In his early childhood, his family was sent to a labor camp in Ukraine, where Sami was subjected to cruel Nazi medical experiments. At one point, Sami was on the brink of death, until a local German woman risked her life to save his by giving him food to survive. Through the generosity and kindness of a stranger, Sami survived and is able to share his story today.

As the war ended in Europe, Sami was liberated by the Soviet Union and sent to a displaced persons camp. Later, he immigrated to the newly-formed State of Israel, where he served in the Israeli Air Force. He later moved to New York City, where he began work as a motivational speaker and promoter of Holocaust Education. In 2016, he was awarded the Harmony Power Award at the Museum of Tolerance and a proclamation from the New York State Assembly, which recognized him for his courage and compassion as a motivational speaker. He has been featured by the United Nations, the United States Congress, the Israeli Knesset, and several major news organizations. Today, Sami travels around the country, speaking to communities as one of the last Holocaust Survivors able to embark on such tours.