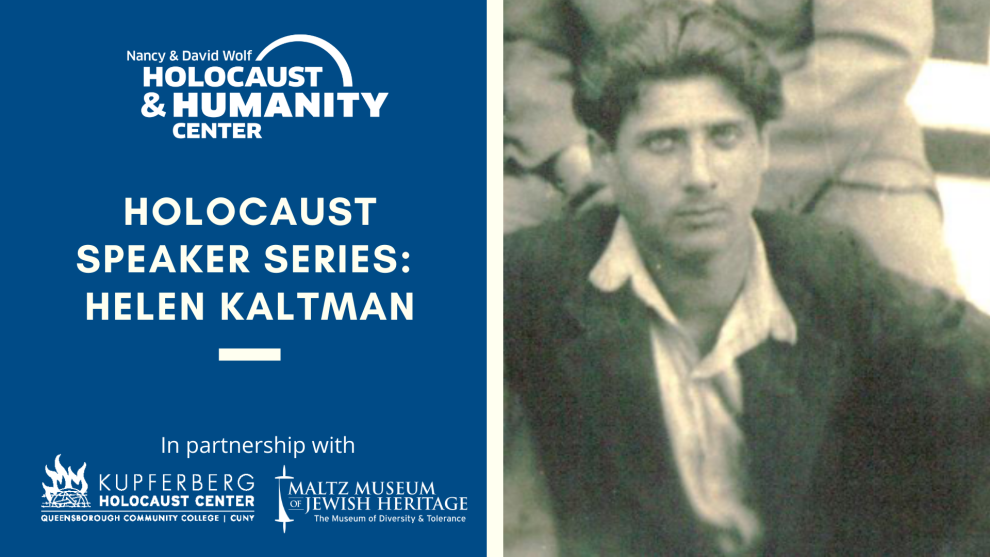 The Holocaust Speaker Series, held each Wednesday at 11:00 am, features Holocaust survivors and descendants of survivors sharing stories of life before, during, and after the Holocaust. Join us on Wednesday, March 17th at 11:00 am via Zoom with Helen Kaltman.

Helen Altman Kaltman was born in 1937 in Poland. She was two years old when the war began. Her family fled to the Soviet Union, where her mother, Dora had family. They were sent to Siberia, after a year they escaped and after being on a train for 3 months arrived in Uzbekistan. Her father, Kissel was separated from Helen and her mother when he was conscripted into the Soviet army, and she did not see him again until after the war.

After the war they went home to Poland and Helen remembers encountering antisemitism and violence. Afraid to leave their apartment, they were smuggled out of Poland by Israelis to a Germany Displacement Camp to find passage Israel. They spent four years in the DP camp before they legally immigrated to Israel in 1949. In Israel she met fellow survivor, Simon Kaltman, and married in 1955. Simon and Helen came to Cincinnati in 1959 to be with his brother Sam and his wife Roma who had already settled there.