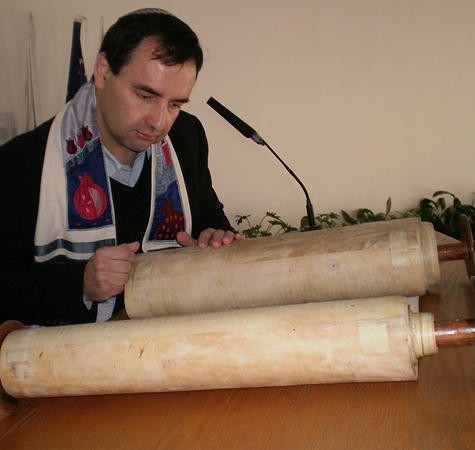 After the cruel, barbaric, and horrendous attack on the Har Nof worshipers in Jerusalem this past Sunday, November 16, with many other terrorist attacks almost every day during the past two weeks, many of us feel that we are at the edge of the Third Intifada.

That's why with several clergy of four religions—Druze, Jews, Christians, and Muslims—we will hold another Prayer for Peace, this time in the city of I'billin (mixed population of Muslims and Christians) on Nov 26.

As a rabbi and as a Jew, I believe in peace and that we have to pursue peace. As Hillel said: "Be of the disciples of Aaron, love peace and pursue peace, love your fellow creatures and bring them near to the Torah" (Avot 1:12). I am in contact not only with many concerned Jews in Israel, but also with my friends among the Druze, Christians, and the Muslim community, to try to coordinate dialogue and inter-religious activities in different cities and to maintain our current peaceful coexistence and genuine friendship. Just a few minutes ago I spoke with my friend the Acre Imam Sheikh Samir Assi, whose car was vandalized after showing support for victims of the attack in Jerusalem. My friend Sheikh Samir Assi—who in the past has led a group of Muslim teens from his mosque to Auschwitz, so that his students could better understand how the Jewish people suffered—thanked me for my support and promised me that we will continue our way of peace, tolerance, respect, and understanding in Israel. He called me his brother and so did I.

Last Shabbat we read in Parashat "Toldot" about Isaac and Rebecca and their children Jacob and Esau. While Rebecca was pregnant, "her children struggled in her womb. Rebecca said: 'If so, why do I exist?' She went to inquire of the Lord, and the Lord answered her" (Genesis 25:22-23).  Rebecca wanted to know what the purpose of her existence is, what is she meant to do.

I was teaching this week in many groups, about Rebecca's search for meaning in her life, and how many times each one of us asks what are we meant to do. I have chosen the path of making bridges of connection between Jews and the Jewish tradition, between Jews, Druze, Christians and Muslims and between liberal Jews in Israel and liberal Jews in America and Europe.

Today we start a new Month of Kislev and on the 25th, Hanukkah will begin, the Holiday of Lights. It always amazes me that a single, fragile and little candle can bring light in a room full of darkness. Let's hold the light of peace, coexistence and understanding against days of darkness, terror and hatred. We shall overcome!

I wish you all a good week, and hopefully soon we will be able to hear all about a long lasting peace agreement that will bring security and stability to everybody in the Middle East.